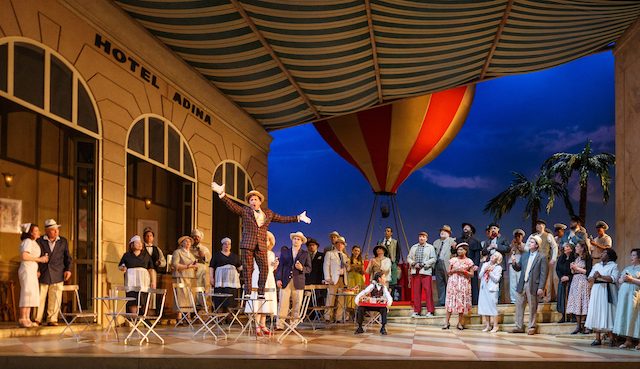 With the Lyric Opera of Chicago’s 2019-20 season cut short by a pandemic that has brought normal life to a standstill, any ray of hope is both welcome and needed. The company has offered exactly that, mapping out a 2020-21 lineup full of Italian classics, talent and hidden treasures.

Kicking things off in mid-September is a spectacular double bill of one-act operas: Mascagni’s “Cavalleria rusticana” and Leoncavallo’s “Pagliacci.” A powerhouse pairing of searing dramas, the production will be conducted by Carlo Rizzi and will feature the Lyric debut of baritone Ambrogio Maestri as Alfio in Cavalleria and Tonio in Pagliacci.

November will bring Puccini’s “Tosca” to the Lyric stage in a new-to-Chicago production by director Louisa Muller. Sopranos Sondra Radvanovsky and Alexandra LoBianco will share the role of the extravagant and irresistible diva. Leading the orchestra through Puccini’s lush score will be Milanese conductor Giampaolo Maria Bisanti in his company debut.

Continuing the early Verdi series launched this past season, Music Director Designate Enrique Mazzola will bring “Attila” back to the Lyric after 20 years. Consumed with a desire for power, “The Scourge of God” kills the father of Odabella, who lives only for revenge. With the help of her beloved Foresto (tenor Matthew Polenzani, a Chicago-area native) and the Roman general Ezio (Italian baritone Nicola Alaimo), she finally gets her wish.

Mazzola will then leap from early Verdi to something thoroughly modern, ushering in the new year with the Midwest premiere of “Blue” by Tony Award–winning composer Jeanine Tesori and NAACP Theatre Award–winning librettist Tazewell Thompson. Through gospel-influenced music an vivid flashbacks, this new opera follows an African-American couple in Harlem as they anticipate the birth of their first-born son with both hope and fear. As the baby grows into a young man, the mother worries for his future as the father tries to prepare him for the realities of 21st century America while wrestling with his own identity as a police officer, a “Black man in blue.” When their deepest fears are realized, the devastated family seeks answers and support from their church and community.

Just in time for Valentine’s Day, Lyric will lighten the mood with a whimsical production of Donizetti’s “The Elixir of Love” (L’elisir d’amore). In a heartwarming production updated to the 1950s, Adina (Italian soprano Rosa Feola) is the owner of the town’s hotel, and Nemorino (Polenzani) is her delightfully naive waiter. His only hope for winning her over is an “elixir” sold by the quack “Doctor” Dulcamara (Alaimo). Little does Nemorino know that it’s just a bottle of Bordeaux.

March and April will witness the arrival of Igor Stravinsky’s “The Rake’s Progress.” Based loosely on a series of paintings by 18th-century artist William Hogarth, this three-act opera tells the cautionary tale of an impressionable young man who inherits a fortune and longs for the excitement of London. Abandoning the girl he loves, he travels there escorted by the Devil, who leads him into all manner of temptation, and he ends in total ruin. Cowritten by poet W.H. Auden, the libretto soars, and the music is sparkling, lyrical and endlessly imaginative. Italian bass-baritone Luca Pisaroni will portray the nefarious Nick Shadow, rounding out the star-studded cast.

Bookended by the premiere of “Lessons in Love and Violence” by George Benjamin and Martin Crimp, and the stage adaptation of “Singin’ in the Rain,” the Lyric Opera of Chicago’s 2020/21 season is truly something to look forward to. Tickets are available now as part of subscription packages. (lyricopera.org)

The above appears in the May 2020 issue of the print version of Fra Noi. Our gorgeous, monthly magazine contains a veritable feast of news and views, profiles and features, entertainment and culture. To subscribe, click here.

Arielle Basile began working for Fra Noi in 2004, stuffing envelopes and assembling luminaria for Casa Italia’s Festa di Natale. Over the years, she has served as columnist, office manager, proofreader and assistant editor for the magazine. A classically trained opera singer, Arielle received degrees in music from the University of Wisconsin-Madison and Boston University, performing professionally with the Chicago Grant Park Chorus, Knoxville Opera, Madison Opera Chorus, and Opera for the Young. A dedicated and passionate supporter of the arts and artists, Arielle's previous work as an arts administrator include the Knoxville Opera Company in Tennessee and the Janiec Opera Company at the Brevard Music Center in North Carolina. She is currently Operations Manager for Ravinia's Steans Music Institute in Highland Park, Ravinia Festival's summer conservatory for young professional musicians. 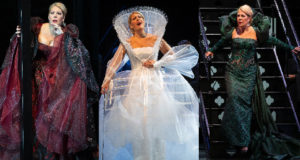 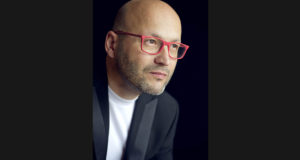 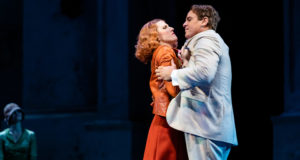