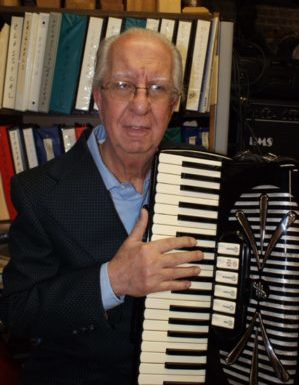 “I’ve still got all my chords memorized. Let me show you.”

Sam Franco takes a moment to collect himself before rising from his easy chair. At 92, he doesn’t move quite as quickly as he used to, but he takes a few slow, smiling steps to his right. He bends over to the flip the switch on and old amplifier, and then sits down at a synthesizer keyboard. “Don’t even ask me what I’m playing,” he says. And he begins.

Franco’s playing is slow and measured, in the same vein of his approach to the accordion, his one true musical love. He attributes his style to — of all things — laziness. “ I was always a little bit on the lazy side,” he says. “I never want to do anything too exerting. My head is too laid back.”

A well-known fixture on Chicago’s North Side, Franco has been teaching, repairing and performing on the accordion for longer than the average person spends on earth. Accordion has been his main instrument since he was 10 years old, some 82 years ago. But Franco’s guitar prowess came in handy when he was faced with a changing musical landscape and the arrival of those musical mop tops from Liverpool. “In ’64, The Beatles came and everybody and their brother wanted to play guitar. The accordion business went dead overnight.” Franco laughs while candidly admitting, “Rock ’n’ roll built the house you’re standing in right now!”

While he continued teaching and performing the accordion, Franco is quick to admit that the guitar business helped him build a life with his new bride, Rosina, whom he met and married in Italy at the age of 30. He’s not sure of an exact number, but thousands of students have learned accordion, guitar, and drums alike from Franco during his tenure in the music business.

According to an interview Franco gave to “This American Life” host Ira Glass in 1996, when you look up the accordion in the Chicago yellow pages, Franco is the only name you’ll find. How does an Italian kid from Taylor Street wind up as the de facto king of Chicago accordion?

Franco always returns to the idea of luck. “A little bit goes an awful long way,” he laughs. Luck is the typing class that he took instead of an algebra class, a skill that kept him behind a desk in World War II and Franco believes saved his life. Luck is meeting his wife through a cousin in Rome, a woman who “helped me get my life together” upon their return to the States.

Franco smiles as he plays, picking out jazzy fingerings that blend well with his more “relaxed Italian feel” as he describes it. He’s not sure what he’s playing, but it sounds good just the same. “At 92 years old I can tell you this: Don’t take life too serious. It’s a real joke. I can’t tell you how much luck has to do with it.” 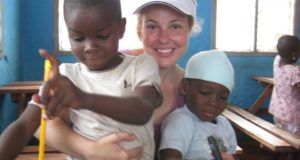 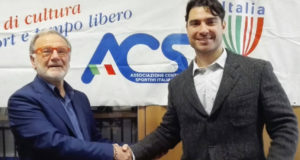 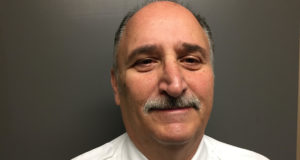