Home / Columbus / What Columbus stands for

What Columbus stands for 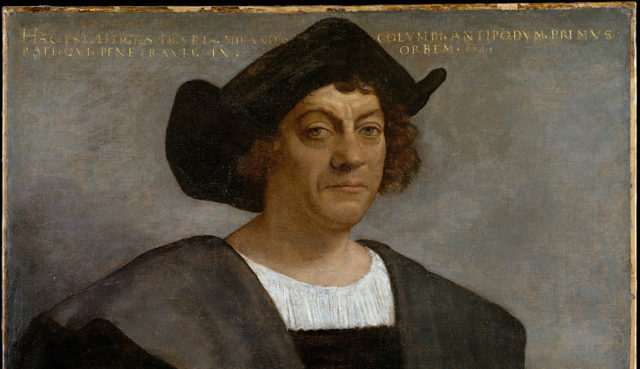 We’re roiled by a national protest on inequality, we’re dogged by a disease that is surging back and forcing millions onto unemployment rolls, and we’re watching in disbelief as agitators splinter away from a good and necessary cause to go off and topple statues of Christopher Columbus.

You can support the destruction and vandalism of statues, or you can respect the law, but you can’t do both — at least not without acknowledging the feverishly misguided precedent that is being set.

City leaders across America are now removing Columbus monuments simply to prevent the chaotic effects of a mob mentality descending upon their parks and squares, and not because of what’s right and just.

It’s always been easier to knock things down than to build them up, but if we’ve learned anything from democracy’s first spark, it’s that we must maintain our civility, especially when others do not.

One of the important lessons of the peaceful social reform movement is that leveraging the branches of government to plead your case is the real way to achieve meaningful change.

And in those halls and chambers, you’ll find activists from the Italian-American community who champion a widely accepted view that Columbus statues represent inclusion and the fight against crushing discrimination.

It would be helpful if agitated protesters put down their saws and lighter fluid and did a little research. They’d discover that President Benjamin Harrison declared the 400th anniversary of Columbus Day in 1892 a national holiday for two enduring reasons.

The larger purpose was to recognize the many immigrants who arrived in Columbus’ wake and helped build America over the next four centuries.

It was also a powerful statement against a pervasive bigotry in America that led to the lynching of 11 Sicilian immigrants in New Orleans and pushed all Italian immigrants to the fringes of society.

The parades and statues that rose up in the 1900s were a rallying cry against this brutality and prejudice, and they sparked the creation of Italian-American culture and identity.

It took us decades to overcome the violence and bigotry that publicly manifested themselves in the Sacco Vanzetti trial, the designation of Italian nationals in America as enemy aliens during World War II, and the relentless portrayal by the media and entertainment industry of Italian Americans as gangsters and thugs.

Thanks to the accomplishments of our military heroes, larger-than-life athletes, titans of commerce — and yes, national admiration for Christopher Columbus — we were finally able to gain acceptance.

We sincerely want the same transformation for all of our nation’s ethnic and racial groups. All we ask is that it doesn’t happen at the expense of our history, heritage and symbols. These statues aren’t just made of cement and bronze, but of our blood, sweat and tears — along with the hope that our society will continue to push itself to new frontiers.

We should not let a group of misinformed individuals rewrite our history and erase that spirit from a country that we literally helped build from the ground up.

We all need to stand up for what’s right and raise our voices to restore order and safeguard our heritage. In areas like Chicago, which has a coordinated campaign in place, I encourage you to work in concert with the sponsoring organizations. (For more, click here.) If such campaigns don’t exist in your area, you can still do your part. Write, call, email, text and attend meetings to let every public official, every news media outlet, and every school board member know that our community will not stand silently by while Columbus’ legacy is torn down by revisionist historians and misguided activists.

Columbus’ bold journey planted the seeds of the great American experiment and opened the door to more than 500 years of immigration by people from around the world seeking better lives for their families. This is what Columbus statues stand for. This is the legacy we’re fighting to preserve.

Hon. Basil M. Russo is the National President of the Order Italian Sons and Daughters of America (ISDA). Russo was the managing partner of Russo, Rosalina law firm until his retirement in 2015. He has served as judge of the Ohio Court of Appeals, judge of the Cuyahoga County Court of Common Pleas (for which he received the Excellent Judicial Service Award from the Ohio Supreme Court), and majority leader of Cleveland City Council. Russo also serves on the Executive Committee of the National Italian American Foundation in Washington D.C., and Vice President of the Conference of Presidents of Major Italian American Organizations in New York City. 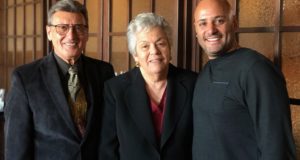