Carlo Vaniglia and Lissa Druss at the Columbus Statue in Arrigo Park. Photo by Tessa Christman)

At a moment in our history when conflict is rampant and emotions are running high, Chicago-area Italian Americans are charting a decidedly different course. They’re building coalitions, employing quiet diplomacy and reaching out across the divide to build support for their causes.

The Joint Civic Committee of Italian Americans has been at the forefront of this strategic sea change, beginning with a more inclusive approach to the Columbus Day Parade. 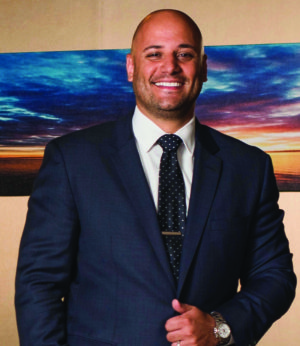 “Columbus isn’t a hero to just Italian Americans, and we wanted our parade to reflect that,” JCCIA President Sergio Giangrande explains.

When the Chicago street and monument named after Italo Balbo came under assault in 2017, the JCCIA eschewed a noisy counterassault, winning the day with a behind-the-scenes appeal to key decision makers.

“We have incredible political waters to navigate through, which is how we’re going to survive this,” says JCCIA spokesperson Lissa Druss. “We can pound our chest and talk about Columbus until we’re blue in the face, but in Chicago, we’re nothing without our political support, and we’ve been steadily building that.”

The organization upped its coalition-building game earlier this year when the Chicago Board of Education violated its own rules in the process of replacing Columbus Day with Indigenous People’s Day on the school calendar.

Within days, the JCCIA had assembled a broad alliance of civic and political leaders who were willing to stand shoulder-to-shoulder with our community in opposition to the move.

Flanked by 20 of those leaders at a March 5 press conference, Giangrande served the CPS notice that their actions would not go unchallenged. The JCCIA continues to pursue an amicable resolution to the issue.

To their credit, the JCCIA even reached out to the Native-American community to broker a détente.

“We met with representatives from their community,” Giangrande says. “We explained that we supported the state holiday of Indigenous People’s Day, but not at the expense of a day that’s so important to us. Unfortunately, our appeal fell on deaf ears.”

When Columbus statues across the country first started to be vandalized, the JCCIA immediately sought and gained the support of Chicago Mayor Lori Lightfoot, whose statement in the June 18 Chicago Tribune doubled as an endorsement of the JCCIA’s strategy.

“The thing that we need to do is do what I think the organizers of the Columbus Day Parade have done, which is invite many people of different backgrounds, different perspectives, to participate in what is really a people’s celebration,” Lightfoot said. “And I think we need to spur that kind of unifying and healing dialogue and not separate and divide people.”

The JCCIA also rallied the support of the Chicago Police Department, which “gave special attention” to the city’s two Columbus statues, according to CPD Deputy Director Thomas Ahern. The Chicago Park District also answer the call, patrolling the monuments, cleaning them after they had been spray-painted, and wrapping them in tarp to prevent further vandalization.

“We want to give a huge shout-out to the Police Department and Park District for the actions they took on behalf of the statues,” Druss says. “They responded immediately and did what they could without compromising their other responsibilities.”

In the meantime, Carlo Vaniglia of the Comitato Tricolore Italiani nel Mondo has launched Coffee with Columbus, an informal Sunday morning gathering in front of the Columbus statue in Arrigo Park to show support for the cause and educate interested passersby. For more, click here.

“We know we’re doing the right thing the right way,” Vaniglia says. “When you’re doing something right, you have nothing to fear.”

Paul Basile has been the editor of Fra Noi for a quarter of a century. Over that period, he and his dedicated family of staff members and correspondents have transformed a quaint little community newspaper into a gorgeous glossy magazine that is read and admired across the nation. They also maintain a cluster of national and local websites and are helping other major metropolitan areas launch their own versions of Fra Noi. 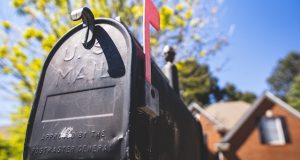 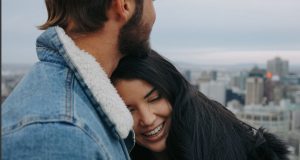