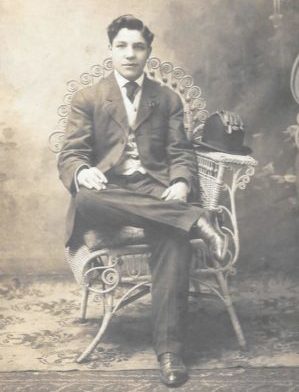 Donato DiCarlo morphed into Dan DeCarlo on his way to achieving the American Dream.

The warm June dawn reflected blindingly off skyscraper and seawater alike, shrouding the lady in silhouette. Donato, a tall handsome lad, had heard about the great statue in the harbor, a gift from France 20 years earlier, and hoped to see her, but the angle of the sun made it difficult. Like everything about his 16 years, nothing had come easy.

Donato spoke no English, only his native Italian. Neatly dressed in a roughly woven brown suit, the best he could scrape together for the voyage, he had left his parents, brothers and sisters in Genzano, Italy, a small town not far from Naples, to go to America. There, he hoped to make his fortune, to help his family in the Italian way. Working children were happy to contribute to the family as it made them feel grown up.

Despite his maturity, he had cried when his little sister, Camille, threw her arms around his neck and wouldn’t let go. She sobbed on his shoulder. He knew he was unlikely to see or talk to any of his family ever again. Though he hoped he would become rich and could make the journey back in the years ahead, the chances were remote. If not him, perhaps his sons might someday be rich enough to cross the Atlantic to visit their grandparents. 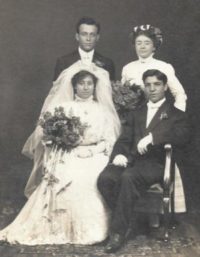 His parents knew this was goodbye. America was a long way from rural Italy both in distance and culture. It was a hard thing to be separated from loved ones, especially a firstborn son. His mother, Vitantonnia, had made small loaves of bread with meat baked inside for his journey. As a special treat, she had saved for months to buy sugar to make him the special hard cookies he liked so much. She wished there was more she could do for him.

Nonetheless, he was eager to go. Life was hard in southern Italy at the turn of the 20th century. There was nothing but poverty, and factions that had warred over the centuries had left the people without hope. A corrupt imperial government took from the people, giving little in return. Families found it difficult to find education for their children, so these descendants of the intelligent and accomplished ancient Romans were stifled. They needed only an opportunity for their ambitions to catch fire.

In 1904, Donato was one of the 12 million European immigrants who made their hesitant way through the enormous halls of the Ellis Island processing center, which was open between 1892 and 1954. He felt lucky, but he was nonetheless filled with apprehension.

“What if they turn me away? What will I do?” he thought.

“My stomach hurts,” he worried. “Maybe something is wrong with me and they’ll find out and send me back. I can’t go back. I won’t go back.” 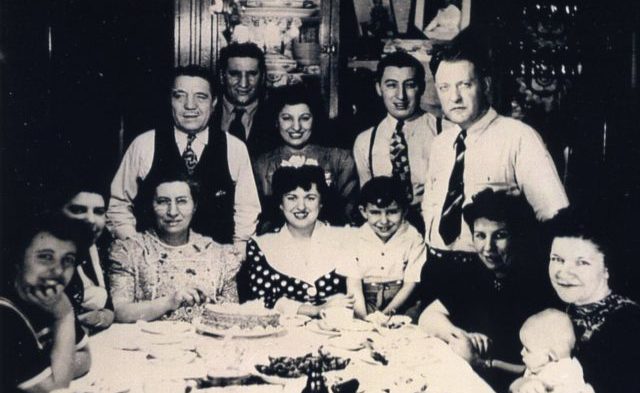 His uncle Joseph in New York had paved the way with a $12 loan and the promise of a job in a grocery store his uncle’s friend owned. He understood his pay would include meals and a place to sleep in the back of the store. Donato thought this a generous offer and vowed to work hard to make his uncle proud.

“Now remember,” Joseph had written Donato, “do not let anyone see your money. You must hide it.” Donato’s mother had sewn the currency into a secret pocket inside his pants. He was warned to be cautious as people might pretend to be a friend to see what could be taken from him.

He was proud of the fact that he had earned the money for his ship passage by working in a quarry for four years. It was backbreaking labor and he was happy to leave it behind. His mother would miss the money he gave her from his pay each week, but she loved her firstborn son and was willing to continue to sacrifice so he would have a better life. She would miss him terribly, but she knew he was intelligent and honorable and would find success in America.

Donato promised himself he would do better in America than his family had been able to do in Italy, where educational and economic opportunities were scarce. He knew the New World offered the chance to become almost anything and he was determined to work hard and make something of himself. That he could do. 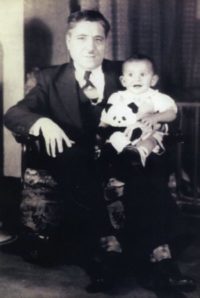 Donato knew in order to be admitted into America he had to have a sponsor and a job waiting. He had to be healthy and without a criminal past. There would be no help once he arrived beyond the generosity of his uncle. Having given him the greatest gift, the opportunity to live in America, the United States government provided nothing more, and he and his fellow immigrants would have it no other way.

As the ship moved toward the docks, Donato caught sight of a pretty girl he thought he had seen before in his town. She was with her family and they all came and stood with him to marvel at the Statue of Liberty. They were going on to Chicago where their paesani lived. Donato expected to stay in New York for several years until he’d earned enough money to go on to Chicago. He told the girl, Serritella, he would look for her when he got there.

The hordes of people walked down the gangplank as in a trance. Fearful. Excited. Some had been seasick throughout the voyage. Now they were all praying that God would bless them in this new country.

As Donato waited patiently in line to be interviewed by the immigration officer, he prayed he would pass the medical exam. He had no criminal record so he was not concerned about that. His uncle had agreed to be his sponsor and provide him with a job, so that legal base was covered. Donato had fulfilled all the other requirements of admission and had only one more hurdle to clear.

The immigration officer was a small middle-aged man with a neat moustache whose dark uniform showed slight stains under the armpits. It was very hot in the building that day. The small peaked cap made him look important. The din of so many people talking, so many babies crying, made it difficult to hear the man when he spoke.

“Donato is not a name for America, young man,” said the officer in English, not unkindly. “There will be trouble for people trying to pronounce DiCarlo so we’ll fix that, too.”

An Italian man nearby heard what had been said and, knowing some English, offered Donato a quick translation.

In that decisive manner, the 16-year-old Italian boy, Donato DiCarlo, was re-christened an American man, Dan DeCarlo. He was proud and happy.

In the coming decades, that name — Dan DeCarlo — would pass down among Donato’s sons and grandsons — business executives, lawyers and doctors.

It did not occur to Donato to take offense at the name change. He was now in a new country, which he already respected and loved for what it offered to him.

Donato DiCarlo felt accepted. He saw that in America a lone Italian boy of no means but proud heritage would be allowed the opportunity to work and save to achieve the American Dream, earned with his own courage, ingenuity and hard work. For him, that was enough.

The above appeared in the March issue of the print version of Fra Noi. Our gorgeous, monthly magazine contains a veritable feast of news and views, profiles and features, entertainment and culture. To subscribe, click here.

Angela Rocco DeCarlo is a veteran journalist who formerly covered travel, entertainment and culture for the Chicago Tribune, Las Vegas Review Journal and Disney Magazine. Most recently her work has appeared in the editorial pages of The Wall Street Journal. Formerly of Downers Grove, Ill., she now resides in Orange, Calif., the shadow of Disneyland.