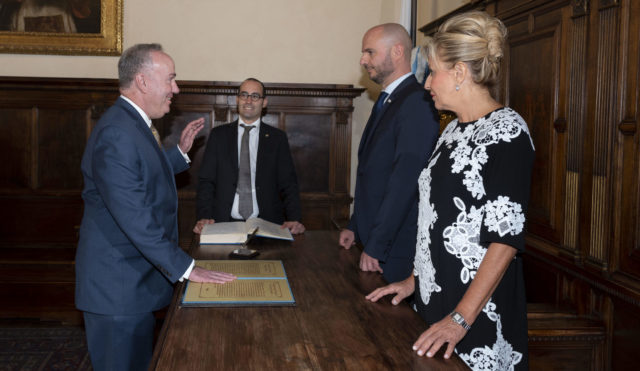 The Most Serene Republic of San Marino has named Robert Allegrini as its Honorary Consul in Chicago.

The title was recently bestowed on Allegrini during a ceremony in San Marino presided over by the country’s co-heads of state, the Captains Regent.

San Marino becomes the 88th country to have official diplomatic representation in Chicago.

As consul, Allegrini will be responsible for promoting San Marino from the standpoints of trade, investment and tourism throughout his consular jurisdiction, which includes Illinois, Missouri, Arkansas, Louisiana and Mississippi.

He will also be tasked with looking after the welfare of San Marino citizens and visitors within the aforementioned states.

In selecting Allegrini, San Marino Foreign Minister Nicola Renzi noted his long experience in hospitality and tourism promotion as well as his experience as president of the Italian American Chamber of Commerce of the Midwest.

Tourism is a major source of income for San Marino, which is the world’s oldest republic, dating back to 301 A.D. The small country is completely surrounded by Italy and straddles the border between the regions of Emilia Romagna and Le Marche near the Adriatic Sea.

Long a source of inspiration for devotees of liberty and democracy, no less a personage than President Abraham Lincoln said of San Marino, “While your dominion is small your realm is one of the most honored in history.” 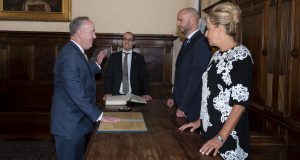 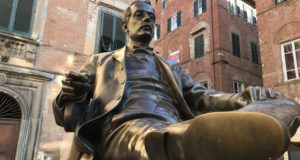 Exploring the land of Puccini