Posted by: Jeannine Guilyard in Film October 5, 2016 Comments Off on 2015 Venice Festival to feature innovative “mockumentary” 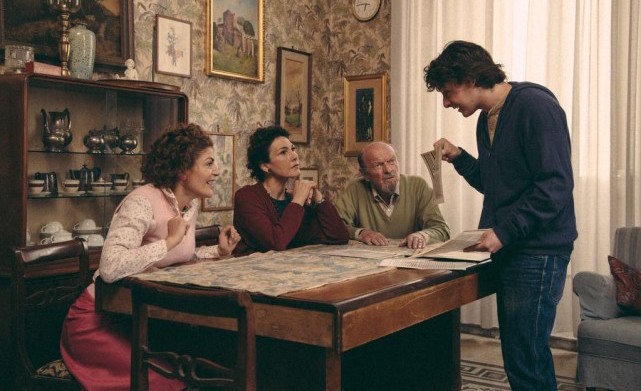 Italian filmmakers will certainly excel at this year’s Venice Film Festival, and I’m really looking forward to hearing all about Marco Bellocchio’s, “Sangue del mio sangue.” However, if I had to choose one must-see film of the festival, it would be Alberto Caviglia’s “Pecore in erba.”

Here are three reasons why:

1) It stars our beloved Anna Ferruzzo.

2) It takes place in the gorgeous, historic Roman neighborhood of Trastevere.

3) And most importantly, it will be shown in the Venice Sala Web, which means you don’t have to attend the festival to see it!

“Pecore in erba” is a “mockumentary,” or mock documentary, set in July of 2006, when fictional Trastevere native Leonardo Zuliani has vanished. The news morphs into a real national emergency, with a huge throng of followers gathering around the young activist’s house. His mother is beside herself with grief and the entire neighborhood is paralyzed. His picture is broadcast on every TV channel and the authorities all express their solidarity with the family. Many can’t believe it’s true; they prefer to think it’s just one of his stunts.

There’s not much information available online about the film, and the mockumentary genre is fascinating to me. So I contacted Anna Ferruzzo herself to clarify what’s true and what’s not and to shed light on the film’s plot.

Italian American Voice: Please tell me something about the film.

Anna Ferruzzo: “Pecore in erba” is a comedy about a young activist and communications genius who suddenly disappears and becomes a national case. But who is Leonardo Zulliani and why did he disappear? This is the very heartbeat of the film, but I can’t tell you more. You have to discover it on the screen. I can say only that this story is a springboard for talking about anti-Semitism in a creative and thought-provoking way.

IAV: It’s a mock documentary, but is it based in any way on real people or events?

AF: Leonardo Zulliani is a fictional character and the story of his life is obviously invented but “Pecore in erba” looks like a real documentary because many famous journalists and communications experts participate to our film. In the film, the testimonies of very famous Italian characters, like Enrico Mentana, Fabio Fazio, Vittorio Sgarbi and Corrado Augias, mingle with those of the actors playing the relatives and friends of Leonardo. In this way, Leonardo’s story seems like a real reportage.

IAV: Tell me about your character and how you developed her.

AF: In “Pecore in erba,” I play Teresa Zulliani, Leonardo’s mother, a desperate woman due to of the sudden disappearance of her son. During a long interview, I talk about this special boy, about his restlessness, his youth, of his loves and his unexpected successes. Alberto Caviglia, the movie’s director, asked me to give the most authentic performance possible and I hope I did.

IAV: What are traits of the people of Trastevere that you and the other actors wanted to embrace and communicate to the audience?

AF: Many small roles in the film are played by real people of Trastevere. They are not really actors but all are very authentic, genuine and spontaneous. So the real difficulty for us, as professional actors, was to be as real and natural as they were because they are not actors.

IAV: Trastevere is a popular and famous Roman neighborhood. From the perspective of someone that lives in Rome, what makes Trastevere so unique?

AF: I’ve lived in Rome for many years and I love this city so much. I always found this place confortable and “warm” … just the beauty of Rome. A walk along the Imperial Forums or up to the Janiculum makes you happy and makes you feel good. But the district of Trastevere has something more: it has preserved its popular and genuine character and for that reason this neighborhood was the ideal place to make our film.

“Pecore in erba” will be competing in the Orizzonti Program of the 72nd Venice Film Festival and will be available to watch online from September 6 to 11. To purchase a ticket, click here. 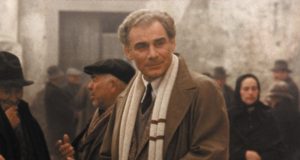 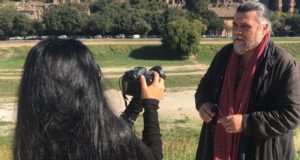 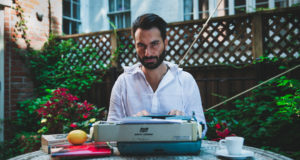