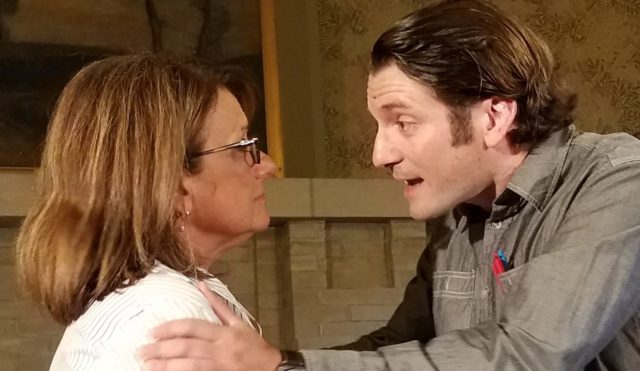 One of the most stirring moments in “Piano Piano: Stories From My Father,” comes when an Italian-American man tells how his immigrant father went in search of food during the Great Depression. The church’s food pantry ran out before he could get any, but on his way home, he saw a “for lease” sign and leased a grocery store, which helped get his family get through the Depression.

The play takes place as a conversation between Rocco Chrisfotano, played by Antonio Brunetti, and his daughter Roxanne Christofano Pilat. She plays herself in the Italian American Theatre of Chicago’s debut production, whose only performance took place at Chicago’s Hull House Aug. 25.

The production achieves its success on the strength of Pilat’s writing and storytelling. It reflects a true story, in that when Rocco was getting on in years, he asked her to record some of his stories. At the time, she was working on her doctorate in English and creative writing, and used his stories as the basis for her dissertation. This spring, she adapted them as a theatrical piece.

During the show, Pilat sits at a table with her father, asking questions and interjecting exclamations here and there. She occasionally mentions her own memories to draw her dad out and elicit his tales of life as a child and young man in an Italian-American family in Chicago’s Taylor Street Little Italy.

Naturally, he tells the story about how he met his wife, Annie, Roxanne’s mother. Brunetti spins with a flourish the tale of how they went on a date and his car stalled on train tracks. But what really scared him was having to face Annie’s strict Italian-born mother when he brought her home late.

There’s also a stunning moment when Rocco admits that even at his advanced age, he still harbors his childhood dream of wanting to be an aeronautical engineer. Roxanne has to come to grips with the fact he couldn’t follow his passion because he was trying to help his father in his water and sewer business, going to school and taking care of his wife and children, all while living an Italian life in the neighborhood but struggling with anti-Italian sentiment outside of it.

“In those days, that was just what you did,” the character says in explaining his life choices. “Family always came first.”

Such viewpoints resonated with the audience of about 70 mainly second- and third-generation Italian Americans. During a post-show discussion, many became emotional while relating Rocco’s experiences to that of their own families.

The production wasn’t perfect from a theatrical standpoint. The audience had to suspend disbelief in that an actor younger than Pilat was playing her father, and the two actors didn’t always achieve the easy rapport of family members who have known each other forever.

Yet it hit its emotional mark for its audience. “I saw a lot of people wiping away tears,” one audience member remarked after it ended.

Serendipity leads to launch of Italian-American Theatre of Chicago 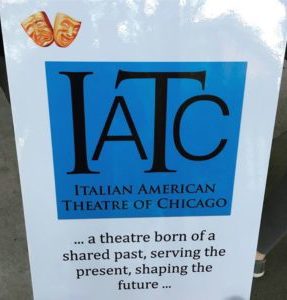 What happens when a budding theater producer has lunch with an Italian-American academic who wrote a dissertation on her dad’s old neighborhood experiences, and then shares those stories with a stage director who had just returned from Italy?

In the case of Cathy Sweitzer, it leads to the launch of the Italian American Theatre of Chicago, and its first production, “Piano, Piano: Stories From My Father,” by Roxanne Christofano Pilat. Their colleague, Colleen Mraz Bosco, who had just returned to Chicago after working in theater in Italy for many years, directed the Aug. 25 production.

Along the way, they met Chicago actor Antonio Brunetti, an ensemble member of Trap Door Theatre and Collaboraction, and he agreed to draw upon his own Italian-American heritage to play Rocco Christofano, Pilat’s father and the main character in the play.

The seeds of the play were planted a few years ago when Rocco — a Chicago-born son of Italian immigrants who passed away last December at age 96 — asked PIlat to record some stories after his wife Annie, Pilat’s mother, died. Pilat, a writer and educator who was working on her Ph.D. in English and creative writing at the University of Illinois at Chicago (she received it in 2015) grabbed her notebook and wrote down his memories.

Rocco’s stories grew into her doctoral dissertation, but she spent much of this spring collaborating with Sweitzer and Bosco to turn them into a stage version.

“The writing and the play have been a real part of the grief process for me,” says Pilat, who portrayed herself in the production, opposite Brunetti. “There were a couple moments during the dress rehearsal and performance when I felt I had the privilege of being with my father again.”

Rocco’s stories typify the vitality of Italian American life that Sweitzer hopes to present with the IATC. In fact, the production took place at Jane Addams’ Hull House, a settlement house where thousands of Italian and other immigrants flocked from the 1890s onward to learn marketable skills and enjoy recreation. Sweitzer felt there could hardly have been a better setting for her aspirations.

“I want to reach younger people. It’s for them that we’re trying to preserve these stories,” says Sweitzer, whose mother’s parents were from Italy. “I want to make sure our children and our grandchildren don’t lose touch with this rich heritage.”

To that end, IATC is launching a playwriting contest for a play on Italian-American themes. Three runners-up will receive a staged reading of their work, and the winner will receive a fully staged production. Find details at https://italianamericantheatreofchicago.com, but IATC is seeking work that resonates with the Italian-American experience in a non-stereotypical way.

A lifelong writer. Pam DeFiglio works as an editor at the Chicago Tribune Media Group/Pioneer Press. She has won two Chicago Headline Club awards for previous work as an editorial writer and features writer at the Daily Herald. She also won National Federation of Press Women awards for Chicago Tribune news features on immigrants, and has worked in public relations at a university. She loves Italy and all things Italian, thanks to Nanna and a magnificent college year in Rome. She's grateful for all the people working to celebrate Italian culture in Chicago. Contact her at https://www.linkedin.com/in/pamdefiglio/ 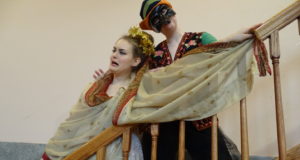 Commedia comes to the Casa 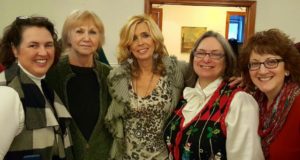 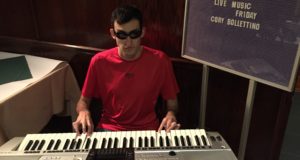