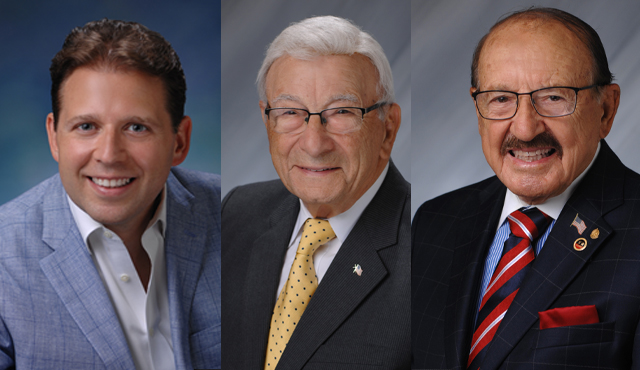 The organization submitted the following profiles: 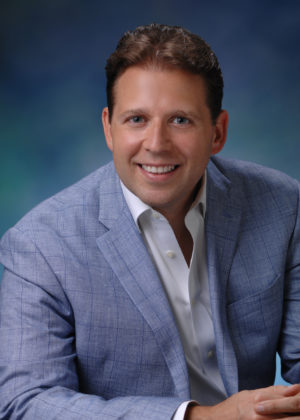 Mario Weber — Man of the Year

Mario Weber was born in Park Ridge, Illinois, in 1978 to Alberto and Josette Mentesana Weber, who trace their roots back to Sicily. His father’s family is from Termini Imerese and his mother’s is from Campofelice di Fitalia. Mario has a sister, Adriana, who is married to Stephen Metcalf, who originally hails from Fort Worth, Texas.

An immense influence and inspiration for Mario throughout his life were his maternal grandparents, Giuseppe and Benedetta Mentesana. They practically raised him and taught him the language and culture. It was because of them that Mario has such a love for Sicily, its histories and traditions.

Mario attended high school at Loyola Academy and then Loyola University, where he earned a bachelor’s degree in business and is on the verge of completing his MBA. He is fluent in Italian, Sicilian and Spanish.

Mario had an affinity for the car business at a very young age and began to get involved in his father’s automobile dealership when he was in grade school as a car wash porter. As he grew older, he eventually worked through all the positions in the dealership until he took over as general manager at the age of 23. Today he runs all aspects of the dealership and has taken the reins from his father, who is now retired. From a small business started in 1991, Midway Dodge now transacts with more than 7,500 customers a year.

Besides selling automobiles, Mario saw another opportunity in the car business: customers with credit issues or who were new in the country who could not be approved for conventional bank financing. He started his own finance company to take care of Midway’s customers and allow people who could not buy a car at reasonable interest rates to make their dream of owning a car a reality. American Finance was born in 2008 right at the start of the financial crisis and today has grown into a mature finance company that does loans for 30 percent of the retail customers who purchase vehicles at Midway Dodge.

Mario also runs JB Real Estate management company. This company manages all the family’s property holdings throughout Illinois as well as all remodeling and construction. Mario is an entrepreneur at heart, growing and building businesses is in his blood, and there is always a new endeavor around the corner.

The Chicago Italian-American community has always been dear to Mario’s heart, and he jumps at the chance to help non-profit organizations raise money to further the cause. He is involved in the Joint Civic Committee of Italian Americans, Italian Cultural Center, Casa Italia, Italian American Executives of Transportation, Sicilian Heritage Museum, One Step at a Time Children’s Foundation, and many more. In 2010, he received the prestigious honor of being named the Grand Marshal of the Columbus Day Parade, to which he generously donated a new Dodge Challenger to a lucky attendee.

His love for volunteering and giving back was spurred by his mother, who has been involved in teaching Italian language and culture for more than 35 years. Mario does not believe in pure luck in life. “The harder you work, the luckier you get, that’s what my Nonno Peppino always taught us,” he says. “Never give up and always go for your goals and eventually you can accomplish anything. Don’t let anyone tell you you can’t do it, because everything in life can be achieved through determined perseverance.” 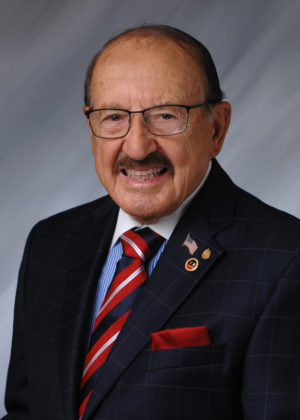 Dr. Samuel J. Cascio, D.D.S., is the son of Joseph and Josephine Cascio. His mother was born in Cefalù, Sicily, and his father was born in Baltimore, Maryland, of Italian ancestry. They were married at Our Lady of Victory Church on the Northwest Side of Chicago.

The family was of modest means — his dad was a barber who worked on the 10th floor of the Clark Adams Building in downtown Chicago — but despite the financial challenges, he always believed in providing his children with a Catholic education.

Dr. Sam attended Our Lady of Victory Grammar School and went on to St. Mel High School at a reduced tuition, thanks to Brother James. He went on to St. Mary’s College (now a university) in Winona, Minnesota. Both St. Mel’s and St. Mary’s were run by the La Salle Christian Brothers.

After one year, he enlisted in the Navy rather than be drafted into the Army. He served three years in the Pacific as a radioman aboard the USS LST 281 during World War II.

After an honorable discharge, he completed his education at St. Mary’s College under the G.I. Bill and received a bachelor’s degree in chemistry and biology. He went on to the Loyola University School of Dentistry, where he earned his D.D.S.

Dr. Sam credits the quality of education he received from the La Salle Christian Brothers with laying the foundation for his successful 56-year career as a dentist on the Northwest Side of Chicago.

Dr. Sam was chairman of many fund-raising events. He raised funds for St. Mel High School through its Cadillac give-away dinners, receiving the Mel Man of the Year Award for his efforts in 1966.

He served as chairman of St. Mary’s Chicagoland capital campaign, with a $1.5 million goal, and served on the Board of Trustees for 10 years. A charter member of the President’s Council from 1974 to 1994, he established the Cascio Family Court in honor of the La Salle Christian Brothers and their mission of education at St. Mary’s. He also co-chaired for the $100 million campaign for the Dental Alumni Division of Loyola University.

A member of the University of Illinois Eye Fund Board for 26 years, he served for 18 years as its vice president. He also served on the U of I President’s Council and Foundation. He established the Samuel J. Cascio, D.D.S., scholarship for Italian-American students at the University of Illinois Dental School and was awarded an honorary lifetime membership in the university’s Dental Alumni Association.

He received the Marshall H. Smulson, D.D.S., Humanitarian Award from Ed Kelly Sports Inc., the Distinguished Dentist Award from the Illinois State Dental Society and the Founder’s Day Award from the Loyola University Dental Alumni Association, and served as the commencement speaker for the Loyola School of Dentistry at the graduation of his son, Dr. Michael. 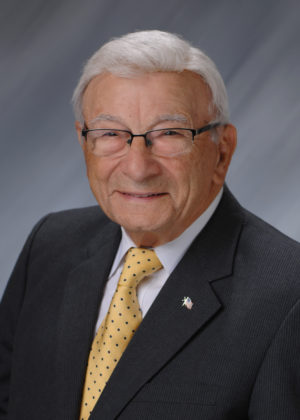 Joseph V. Discipio, D.D.S., is the son of Joseph and Rose Discipio. His father was born in Bari, Italy, and his mother was born in Chicago of Italian ancestry. They were married in Our Lady of Pompeii Church in the old Taylor Street neighborhood.

His father was a foreman for a Chicago streetcar company, but the hardships of the Great Depression compelled the family to move to Stickney, where Dr. Joe and his two brothers and three sisters grew up and worked on a truck farm.

After earning his D.D.S. at the Loyola University School of Dentistry, he volunteered for another two years as a dental officer with the Air Force during the Korean conflict, ascending to the rank of captain before his honorable discharge.

He launched a dental practice in Berwyn after the war, becoming an integral part of his community and his profession.

He served as an assistant professor at the Loyola Dental School from 1955 to 1984 and as the director of the Dental Assisting Program at Morton College from 1971 to 1984. During that time, he published articles on pedodontics and auxiliary training in professional publications.

He also served as chairman of the MacNeal Memorial Hospital Dental Staff, president of West Suburban Dental Society, councilman for the Illinois State Dental Society (1970-73) and counselor to the Illinois Dental Assistants Society.

He was president of the Chicago Dental Society, director of the society’s West Suburban Branch, and chairman for Relations with Affiliated Groups for the Illinois State Dental Society, serving on several committees for both the CDS and ISDS.

A longtime member of the Arcolian Dental Arts Society, he was honored as Arcolian Man of the Year in 1981 and Alumnus of the Year for the Loyola University School of Dentistry in 1992.

He volunteered for years as the director of the Dental Division of the Berwyn Department of Health, offering free dental checkups to grade school students and rallying other dentists in the community to do the same.

Dr. Joe is the proud father of Joseph, a construction contractor and real estate developer; Dr. James, who followed his father into the practice, and Jeffrey, a plumbing contractor. 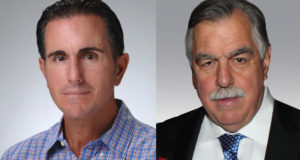 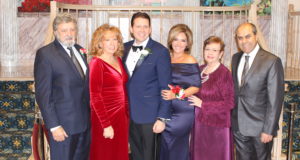 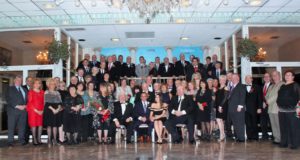 IAET dinner dance was one for the record books