The Salvino family of wealth managers

I found out through a press release that Thomas Salvino was named a 2010 Five Star Wealth Manager by Chicago Magazine. Five Star wealth managers are an elite group representing less than 2 percent of the wealth managers in the Chicago area. Only 455 of the top-scoring wealth managers made the 2010 list.

I thought I would drop Tom a note to see if I could highlight a distinguished career in the money management field in one of my monthly columns. This is how I find subjects for this effort. It didn’t take long to find out that Tom was only one part of an extraordinarily successful wealth management team, the Salvinos. I also learned that one of the more highly regarded publications in the wealth management field, Winners’ Circle, chose the Salvino Team in 2008 as one of the top-ranked adviser teams in America. 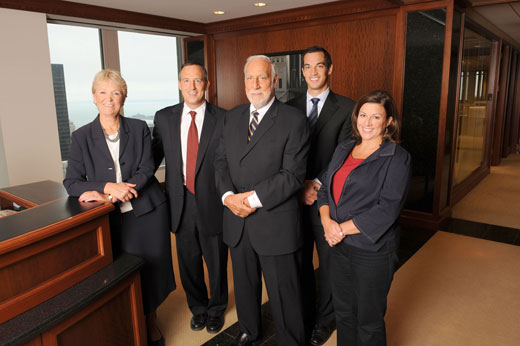 The Salvino Wealth Management Team has more than 65 years of collective experience in the investment industry. The patriarch, Alfred J. Salvino, is joined at William Blair & Company by his sons, John P. and Thomas Salvino.

Al is a graduate of the University of Notre Dame and a principal at William Blair & Company since 1987. He is an investment adviser representative and licensed insurance representative with more than 47 years of experience in the securities industry.

Thomas J. is also a graduate of the University of Notre Dame, with an M.B.A. from Loyola in the finance field and has been an investment adviser representative, licensed insurance representative and a certified financial planner with William Blair & Company since 1997.

John P. is also a graduate of the University of Notre Dame, and received an M.B.A. from the University of Chicago in Finance and joined William Blair & Company in 2007, one of the youngest in firm history. He is an accredited asset management specialist and wealth management adviser and a certified financial planner.

The boys’ education began in the Salvino home in Chicago’s West Beverly neighborhood, where economic trends and financial markets were frequent topics. “I remember growing up, Nike shoes were new. Part of growing up was learning about those sorts of companies,” said Thomas Salvino, who now lives in Western Springs and the father of five children.

John Salvino lives on Chicago’s North Side. Both brothers attended Marist High School. They also both went on to receive master’s degrees in business administration.

Al Salvino has another son, Mike, who works as a doctor and lives in Hinsdale. He practiced five years of general surgery at Northwestern. Then he spent three years in a fellowship at Loyola in plastic and reconstructive surgery. He is a father of four children. His daughter Ann has her master’s degree and has taught high school English and lives in Palos Heights. She is a mother of four children.

The family’s patriarch grew up in Chicago’s Chatham community on the Southeast Side and moved to Beverly in 1964. Since then, the Salvinos only moved once — across the street to a home with a larger kitchen.

Over the years, many of their neighbors have also become clients. The Salvinos’ customers include everyday investors preparing for retirement as well as doctors, lawyers, institutions and even a few Chicago Bears.

While most financial advisers operate independently, the Salvinos believe their strength is the ability to work as a team, bouncing ideas off each other and pooling their individual talents. “The team concept is a rare jewel,” Al Salvino said. ??

The Salvinos’ business continues to grow as more and more baby boomers head into retirement. But as for Al Salvino, 72, there are no plans to retire anytime soon. “It is one of those fields that no matter how much you look into it, it is always changing,” Al Salvino said.

The Salvinos, a very close-knit family that vouchsafes their Italian heritage and culture, are also very philanthropic, being supportive and active with Our Lady of Pompeii and the Mercy Boys Homes, to mention just a few. The Italian roots of the Salvino family are traced to Naples on Al’s mother’s side, and Urbino on his father’s side. His parents met in Chicago and had five sons, to whom they always stressed the importance of education. Al and his beautiful wife Carol have the four children and 13 wonderful grandchildren.

Leonard F. Amari is a founding, co-managing partner of Amari & Locallo, a law firm that focuses exclusively on real estate tax assessment issues. He is a J.D. recipient from The John Marshall Law School, with honors. Amari has been a John Marshall trustee since 2000 and was elected president of the board in 2007. He is past president of the Illinois State Bar Association, a member of the Chicago Bar Association’s State and Local Taxation Committee, and a member and past president of the Justinian Society of Lawyers. He has received numerous honors from many organizations recognizing his service. 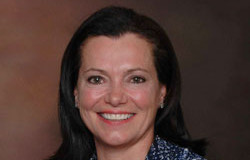 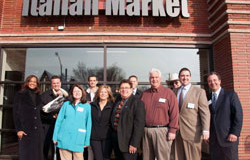 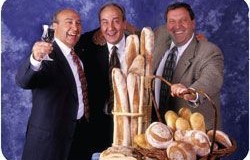