Posted by: Fra Noi in Columns, My Turn May 13, 2020 Comments Off on Musical adventure 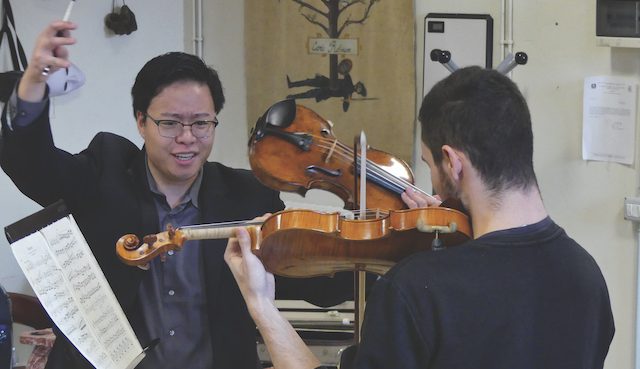 The mission of this residency was to promote cultural ties through playing music while experiencing how violin techniques are taught throughout the world.

The world is a small place for musicians! Word got around about my previous tours to Greece and the Philippines, as well as my various masterclasses throughout the years, and I was contacted by professors in San Marino and Italy about bringing a tour there. Each tour takes 18-20 months to organize — from the first invitation to the actual tour — including lots of emails and late nights spent on international phone calls with government agencies and musical institutions. During that time, I also do fundraising concerts by myself and with the students, as I personally pay for most of the tour.

We arrived in San Marino, a small country inside of Italy, and performed, as soloists and in the orchestra, with the San Marino Orchestra in their Saint Cecilia’s Day concert. I gave masterclasses to the local students, and my students took masterclasses from the Sammarinese professors. We were also invited to meet the Captains Regent of San Marino, and all our activities in San Marino were featured on national television and in the newspapers. It was fun for us to go to local restaurants and shops and be recognized as the violinists from Chicago!

From San Marino, we took a day trip to Cesena, where we gave and received masterclasses and presented a studio recital at the Conservatorio “B. Maderna.” Then we traveled to Livorno, where we also participated in masterclass exchanges and gave a studio recital at the Istituto Musicale “P. Mascagni.” We spent our last day in Bologna, Italy, [Do we need Italy here?] where we gave one final concert at the Fondazione Instituto Liszt. 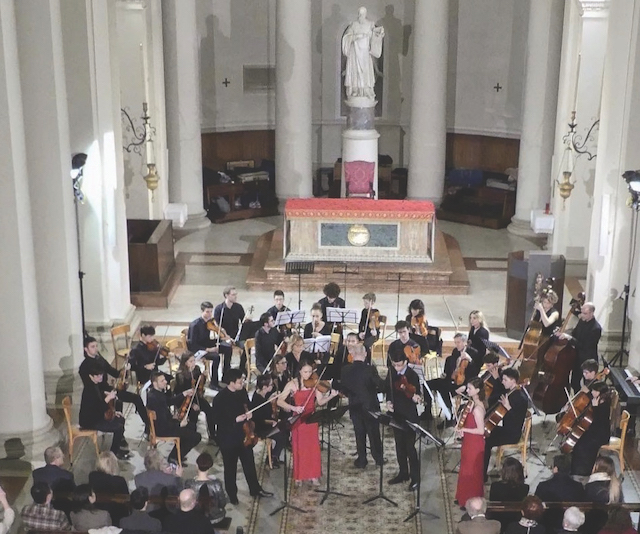 Driving in another country is always an experience! Luckily one of my students’ fathers had driven manual in the past, so he was in charge of driving the big van on our day trip to Cesena. On our first hill, we discovered the tank was not full as advertised, but thankfully there was a gas station just over the hill. As with any travel, there were various hiccups and last-minute changes along the way. Being flexible is an important life skill to teach my students!

The idea for studio tours came about when I was on an airplane traveling to give a masterclass. As I sat there preparing for the class, the thought came to me: Why don’t I bring my students along with me to see what the life of a working musician is like? My goals with these studio tours are to give my students a taste of the musician’s life as well as a fulfilling cultural experience.

I want them to learn how violinists play and teach in different parts of the world and share what we do with others. I love seeing my students interact with their international peers. Even though language is often a barrier, music is a beautiful way to bring them together, whether they’re sitting beside each other in an orchestra rehearsal or a masterclass. It doesn’t take long for them to start hanging out outside of musical activities at the local students’ favorite spots!

The above appears in the June 2020 issue of the print version of Fra Noi. Our gorgeous, monthly magazine contains a veritable feast of news and views, profiles and features, entertainment and culture. To subscribe, click here.