Home / Backstage With... / A Beach Party Birthday with Frankie Avalon

Posted by: Ron Onesti in Backstage With..., Columns July 28, 2014 Comments Off on A Beach Party Birthday with Frankie Avalon

I can’t tell you how many people come up to me and say, “What a cool job you have!” They see me on stage, hanging with celebs, and are filled with warm-hearted envy. What they don’t see is the other 97 per cent of the time when I have to create the shows, produce them, sell the tickets and pay the bills. But there are those experiences that make it all worthwhile.

Sixties heartthrob, Beach Party movie legend and “Grease” Teen Angel crooner Frankie Avalon played at the Arcada theatre a couple of days before my May 8 birthday. We have worked together countless times before so it’s always an exciting homecoming when Frankie comes to town. This time however, was very special.

He came in on Friday night (the show was on Saturday) and we had our customary dinner peppered with a couple of bottles from our favorite Italian vineyard. The stories about Fabian, Chubby Checker, the Big Bopper, Bobby Rydell, James Darren and many other “Philly sound” rock ‘n’ roll superstars from “the neighborhood” were flowing. Did you know that just five years before Bobby Darrin’s death, he painfully found out that the lady he thought was his mother his whole life was actually his grandmother, and his “sister” Nina was actually his mother!

He also talked about passing on an offer to get involved with a project another buddy was working on. He wasn’t big on investing in musicals, and it really didn’t seem like it was going to go anywhere. Even his buddy wasn’t too sure how it was going to go, being a show about the rise of his band’s career. The show? Jersey Boys! (Oops!)

It’s always a great time with Frankie, and the stories are priceless. His live show featured “Venus,” “Beauty School Dropout” and other songs with stories that just tug at your heartstrings and bring back wonderful memories. Of course, the most touching moment of the evening was his remembrance of his on-screen love, Mouseketeer Beach Blanket beauty Annette Funicello. His finale was a musical tribute that ended with that iconic Mickey Mouse Club Show theme song. Not a dry eye in the house!

He still has that teen-idol look. It’s hard to believe he is 7 years old, he even tugs on his full head of hair to prove it’s his!

After his show, I went back on stage to bring him back out for a question-and- answer session. As I was about to bring him back, Chicago radio legend Dick Biondi joins Frankie and come back out to center stage. “Ladies and gentlemen, there is nobody who continues to do more for rock ‘n’ roll music in Chicago than Ron Onesti,” Dick said. Then Frankie took the microphone and also said some very kind words and informed the audience that it was my birthday. Out came a cake that had a photo of me and Frankie right on top. Frankie sang “Happy Birthday” to me and I shared a piece of the huge cake with 900 of my closest friends!

The night continued for a few more hours of woodburning pizza and Chianti. The next day, I was being honored by the Order Sons of Italy in America with its Leonardo da Vinci Award. I was being honored for my entrepreneurial achievements at a beautiful luncheon sponsored by the state grand lodge of one of the nation’s premier Italian-American organizations.

I was surrounded by my family as I was humbled by this honor. Just as the program started, in walked Frankie Avalon and Dick Biondi! Frankie actually changed his flight plans so that he could present the award to me! His words were so wonderful, and just being there was nothing short of unbelievable.

No, they just don’t make entertainers like they used to. Frankie Avalon is a neighborhood guy that never forgot where he came from. He gave me a birthday weekend I will never forget. Yes, show business is definitely a tough game. But this weekend was one of those times when it really wasn’t horrible to be me.

Ron Onesti is the President/CEO of The Onesti Entertainment Corporation and The Arcada Theatre in St. Charles. Send comments or celebrity questions to ron@oshows.com.

Ron Onesti is the CEO and president of Onesti Entertainment Corp. For the past three decades, he has produced Chicago's most popular Italian festivals, and also owns the historic Arcada Theatre in St. Charles. Producing more than 200 live concerts each year, Ron has worked with some of music's most loved entertainers. Frankie Valli, Mickey Rooney, Connie Francis, and Jersey Boys, as well as stars Joan Rivers, Bret Michaels, and Don Rickles, have all graced the stage of the Arcada Theatre. He is a gourmet cook and journalist, writing a weekly column for the Daily Herald and hosting his own show on WGN. Ron lives in Wood Dale with his wife, Elena, and their daughter, Giuliana. 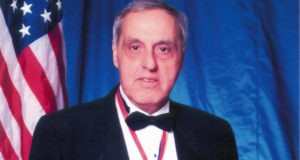 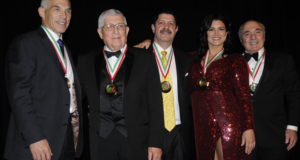 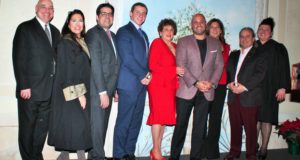