Italian-American candidates in the March 17 primaries 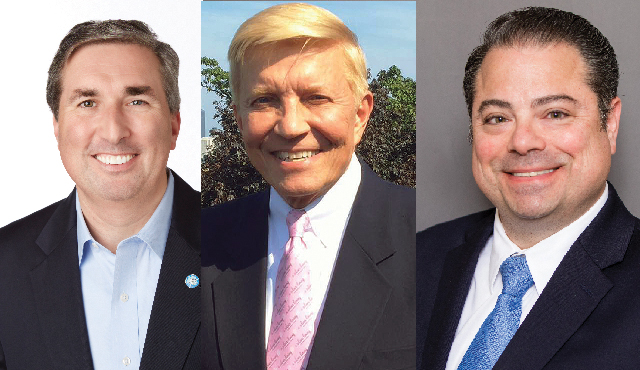 The following Italian Americans are running for public office in the March 17 primaries. Our apologies to any candidates who were overlooked.

JOHN D’AMICO (D) has served as a member of the Illinois House of Representatives since 2004, and is seeking re-election. Committee assignments include Labor & Commerce; Special Issues Subcommittee (TRN); Special Issues Subcommittee (TVS) (chairman); Transportation: Regulation and Roads; Transportation: Vehicles & Safety (chairman); Veterans’ Affairs; and the Wage Policy and Study Subcommittee. He is a member of the Edgebrook Community Association; St. Edwards Athletic Advisory Committee; City Club of Chicago; Queen of All Saints Men’s Club; and the Edgebrook-Sauganash Athletic Association. He joined the Chicago Water Department in 1982 and now serves as an assistant superintendent.

ANTHONY DELUCA (D) has served in the Illinois House of Representatives since March 2008, and is seeking re-election. His committee assignments include Chairman of the Cities and Villages (chairman); Cybersecurity, Data Analytics and IT; Health Care Licenses; and Insurance (vice chairperson). He previously served as mayor of Chicago Heights, and president and member of the Bloom Township High School District 206 Board of Education. In 2010, the Chicago Southland Chamber of Commerce counted him among the Outstanding Leaders Under 40, the Cook County Farm Bureau bestowed a Friend of Agriculture Award upon him, and the Independent Voters of Illinois hailed him for having the Best Legislative Voting Record. He has been active in the community for many years as a coach and director for the Chicago Heights Small Fry basketball team.

DEANNE MAZZOCHI (R) has been a member of the Illinois House of Representatives since 2018, and is running for re-election. Her committee assignments include Appropriations, Capital; Appropriations, Public Safety; Commercial Law Subcommittee; Energy and Environment; Judiciary, Civil; Labor and Commerce; and Prescription Drug Affordability. She previously served as vice chairman and chairman of the College of DuPage Board of Trustees. She is a founding partner of Rakoczy Molino Mazzochi Siwik, a firm specializing in sciences law, particularly patent litigation in the medical/pharmaceutical arena. She earned a bachelor’s degree in political science and chemistry from Boston University and her Juris Doctor with honors from George Washington University in Washington, D.C.

ROBERT RITA (D) has served as a member of the Illinois House of Representatives since 2003, and is seeking re-election. His committee assignments include Appropriations, General Service (chairman); Consumer Protection; Cybersecurity, Data Analytics and IT; Executive (vice chairman); Health Care Licenses; Revenue and Finance; Sales, Amusement and Other Taxes (sub-committee chairman); Amusement and Online Gaming (sub-committee chairman); Broadband Access; and IT Assurance. He served for many years as a truck driver and heavy equipment operator for the Cook County Highway Department and currently serves as Calumet Township supervisor.

MICHAEL J. ZALEWSKI (D) has served as a member of the Illinois House of Representatives since 2008, and is seeking re-election. Committee assignments include Appropriations-Public Safety; Counties and Townships (vice chairperson); Health Care Availability Access; Judiciary I, Civil Law; Revenue and Finance; Income Tax; Vehicles and Safety; and Workers’ Compensation Reform. He previously served on a special 10-member conference committee to reform of the state’s pension systems. An attorney with the law firm of Taft, Stettinius & Hollister, he served as a prosecutor in the Cook County State’s Attorney’s Office from 2004 to 2007. He received his bachelor’s degree from the University of Illinois at Urbana-Champaign, and his Juris Doctor at the John Marshall Law School.

MICHAEL M. CABONARGI (D) is running for Clerk of the Circuit Court of Cook County. He has served as a Cook County Board of Review Commissioner since 2011. In 2015, he led the development of a digitized appeals processing system that earned an award for innovation from the National Association of Counties. He was a senior attorney and prosecutor in the Chicago Regional Office of the Securities and Exchange Commission from 2005 to 2011, where he investigated and litigated cases involving insider trading, offering fraud, pay-to-play and pyramid/Ponzi schemes. He received the SEC Director’s Award for Excellence in 2008 for combating financial fraud targeting seniors, and the Chairman’s Award in 2007 for bringing the largest private offering fraud case filed by the commission to a successful conclusion. Prior to joining the SEC, He was a private attorney with a concentration in complex commercial and regulatory litigation. Before entering private practice, he was an aide to U.S. Sen. Dick Durbin in 1997 and to U.S. Sen. Paul Simon from 1993 to 1997. He has served as a board member of the Loyola Academy Bar Association, the District 39 Educational Foundation and the Milan Committee of Chicago’s Sister Cities program; a fellow with Leadership Greater Chicago; and member of the Illinois Comptroller’s Ethics Commission and the University of Illinois College of Law Alumni Board. He received a dual B.A. in political science and foreign affairs from Miami University in 1993, and his Juris Doctor from the University of Illinois College of Law in Champaign in 2000.

BOB FIORETTI (D) is running for Cook County State’s Attorney. A member of the Chicago City Council from 2007 to 2015, he received the Legislator of the Year Award from Friends of the Parks in 2009, the Best Aldermanic Voting Record Award from the IVI-IPO in 2010 and 2012, and the Defender of Public Schools Award from the Chicago Teachers Union in 2011. A practicing attorney who has been involved in more than 500 civil rights cases, he has been appointed in numerous cases as a special assistant attorney general of Illinois and a special assistant state’s attorney. He has served as president of the Historic Pullman Foundation, the Character and Fitness Committee of the Illinois Supreme Court, and the Judicial Evaluation Committee of the Chicago Bar Association Executive Committee. He earned a bachelor’s degree in political science from the University of Illinois, serving as student body president. He earned his law degree from Northern Illinois University College of Law, where he remains a member of the adjunct faculty. He has served as president of the NIU National Alumni Association as well as the NIU College of Law Alumni Council.

ANTHONY LUCAFO (D) is running for judge of the Circuit Court of Cook County. He has worked at the Cook County State’s Attorney’s Office since 2006, serving as an assistant state’s attorney in the Criminal Prosecution Bureau, Juvenile Justice Division and First Municipal Division. He has tried cases ranging from domestic violence, sexual assault, kidnapping, attempted murder and murder to unlawful use of a weapon, home invasion and armed robbery. He has taught at Chicago-Kent College of Law since 2010, both as an adjunct professor and a trial advocacy team coach. Prior to pursuing a career in law, he was the executive director of the Near Northwest Civic Committee. He earned his bachelor’s degree from Boston College and his Juris Doctor from Chicago-Kent College of Law.

BOB LARSEN (R) has served as a commissioner of the DuPage County Board since 2010, including acting as Chairman of the Finance Committee, and is seeking re-election. A partner in the law firm Cunningham Meyer & Vedrine, he received the American Bar Association’s Award for Professional Merit. Larsen is a retired Lieutenant Colonel in the U.S. Marine Corps Reserve. He served on active duty during Operation Desert Shield/Desert Storm, and has earned the Navy and Marine Corps Commendation Medal (three times), Selected Marine Corps Reserve Medal (four times), National Defense Service Medal, Meritorious Service Medal, and Armed Forces Reserve Medal. A Naval Justice School graduate, he finished first in a class of 40 Navy and Marine Corps officers. Larsen recently completed 6 years of service on the Board of Giving DuPage, and has been a member of the DuPage County Board of Health since 2012. He earned his bachelor’s degree from the University of Notre Dame and his Juris Doctor from the Catholic University of America in Washington, D.C.

RICHARD A. JORGENSEN has served as the DuPage County Coroner since 2012, and is running for re-election. Prior to his election in 2012, he practiced general/vascular and trauma surgery in the western suburbs of Chicago for more than two decades. An active member of the Illinois Coroners and Medical Examiners Association and numerous surgical societies, he maintains his Illinois medical license and is a fellow of the American College of Surgery and International College of Surgeons. Dr. Jorgensen frequently speaks about the heroin epidemic at public meetings, legislative forums, and schools in an attempt to raise awareness and understanding of this problem. He is a graduate of Loyola University and the Stritch School of Medicine.

RICHARD J. ‘RICK’ VEENSTRA (R) is running for judge of the Circuit Court of DuPage County. Currently the chief legal officer of the City of Aurora, Illinois’s second-largest municipality, he began his legal career as a prosecutor in the Criminal Bureau of the DuPage County State’s Attorney’s Office. He was later tapped to head the office’s community prosecutions program. After working in private practice, he returned to the State’s Attorney’s Office, serving as deputy chief of the Civil Bureau for seven years. As deputy chief, he was the State’s Attorney’s principal representative and legal counsel to the County Board and many of the County officers. He is a director and past general counsel of the DuPage County Bar Association and serves as a member of the Assembly of the Illinois State Bar Association. He was a 12-year member of the Village of Addison’s Planning and Zoning Commission (and its predecessors) and was a Trustee of Addison Township. He is a past legal counsel to the DuPage County Republican Central Committee and to the Young Republican National Federation, Inc. He earned his Bachelor of Science in finance and political science from Elmhurst College, and his Juris Doctor from DePaul University College of Law.

DANIELLE PASCUCCI is running for judge of the Circuit Court of Lake County. As a Lake County assistant state’s attorney for more than two decades, she has tried cases ranging from murder, attempted murder, sexual assault, domestic violence, reckless homicide and aggravated battery to home invasion, drug delivery and property crimes, before judges and juries. A recipient of the 2001 Juvenile Justice Award, she is a board member of the Thomas Jefferson American Inn of Court, a former board member of OMNI youth services, and a past president of the Justinian Society of Lake County. She has served as a Christo Rey St Martin High School mock trial coach; a judge/evaluator for John Marshall Law School Mock Trial competition; and a volunteer at Bernie’s Book Bank, Feed Our Starving Children and the St. Mary School track team. She earned her bachelor’s degree from Illinois State University and her Juris Doctor from John Marshall Law School. 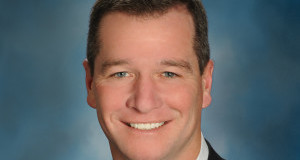 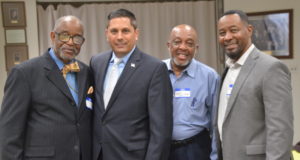 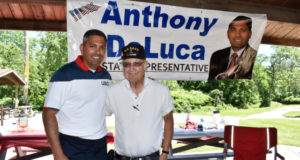