News affecting elderly and the disabled

Posted by: Anthony B. Ferraro in Columns, Elder Law Advocate January 15, 2017 Comments Off on News affecting elderly and the disabled 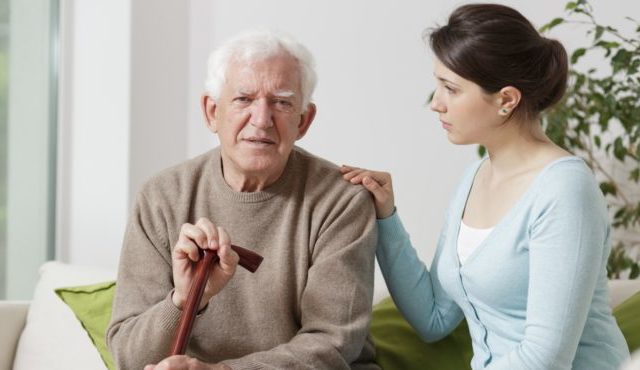 Two important developments have happened since the November elections.

First and foremost for the majority of Fra Noi readers, one of the likely things on President-elect Trump’s to-do list is the block granting of Medicaid.

Medicaid is the premier federal and state joint government program that pays for long-term care for seniors in nursing homes along with a host of other societal needs.

While one of Trump’s campaign promises was repealing Obamacare, his election coupled with the Republican control of both the House and Senate means that there will almost certainly be a new GOP effort to convert the current Medicaid system into a system of block grants to the various states.

By converting Medicaid into a block grant system, something that has been discussed as far back as 1995, each state would receive a fixed amount every year to use on behalf of all of its Medicaid recipients, including impoverished children, disabled individuals and seniors who are looking for Medicaid to cover their long-term care in the nursing home setting.

If there isn’t enough money available to cover a given state’s needs, then states could make up for the loss by restricting eligibility for nursing home coverage, reducing covered services or cutting the payment rates to healthcare providers to levels that are even lower than they are now.

This is not a welcome prospect to those persons relying on Medicaid services as their lifeline.

In another important development, on Dec. 7, the Senate passed a bill called the 21st Century Cure Act, which is going to the president for signature. The package includes the Special Needs Trust Fairness Act, which corrects an error in the law that presumes that all persons with disabilities lack the mental capacity to handle their own affairs.

This new legislation will allow disabled individuals who have the mental capacity to establish special needs or D-4-A trusts on their own. These trusts would replace the OBRA trusts created by legislation in 1993, which require a parent, grandparent or legal guardian to create the trust. In their absence, a lawyer has to be hired to petition the local court.

Under the Special Needs Trust Fairness Act, disabled individuals can take control of their financial well being.

Both of the above developments argue for paying attention to the news in the weeks and months to come. There is no time like to present for either seniors, boomers or individuals with disabilities to have their entire planning safety net scrutinized to make sure that it is operating at an optimal level for that particular individual.

About Anthony B. Ferraro

Anthony B. Ferraro is the founder and managing member at the Law Offices of Anthony B. Ferraro. He received his Bachelor of Science degree in accountancy from DePaul University and his Master of Science in taxation. After receiving his CPA designation in 1978, he enrolled in law school, earning his Juris Doctor in 1983 from De Paul University. An elder law practitioner, his practice areas include Medicaid planning and applications, guardianship, probate & trust administration, long-term care planning, nursing home contracts and admission, senior estate planning, special needs planning, estate planning, and estate taxation.

Preparing and filing the Medicaid application