Posted by: Fra Noi in Community, Community News, Highlights December 10, 2019 Comments Off on National coalition reaches out to Chicago-area groups 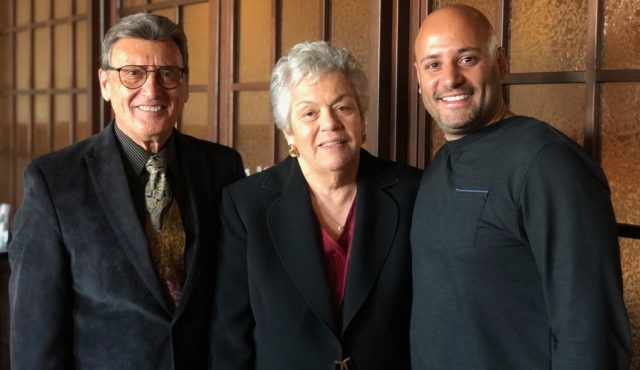 The Conference of Presidents of Major Italian American Organizations brought its message of unity to Chicago recently. Conference Chair Dr. Aileen Sirey, and Vice Chair Basil Russo met with representatives of 20 member organizations of the Joint Civic Committee of Italian Americans. The meeting was hosted by JCCIA President Sergio Giangrande.

The meeting was part of a larger effort on the part of the conference to rally Italian-American organizations across the country.

Russo talked about the importance of Italian-American organizations coordinating their efforts and speaking with a unified voice on important issues that impact our community, citing Christopher Columbus as a prime example.

He underscored how radical groups were distorting the truth about Columbus, rewriting history to suit their social and political agendas.

Sirey announced the conference’s new initiative to provide accurate information about Columbus and his contributions to schools, governmental entities and the general public.

Giangrande agreed that it was in the best interest of the community that all Italian-American organizations across the country work together, and he pledged the JCCIA’s support for the efforts of the conference.

The meeting set the stage for similar gatherings with Italian-American leaders in communities where the conference currently doesn’t have a presence, such as Boston, Los Angeles and San Francisco.